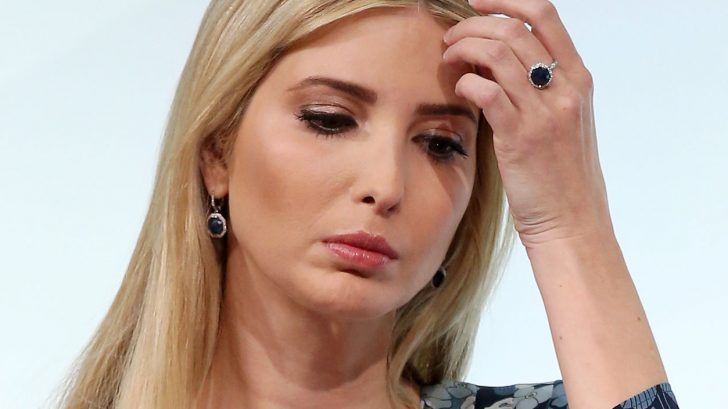 He’s 84, his career spans more than 60 years and his vision has sculpted the musical legacies of the biggest acts to walk the planet – Michael Jackson, Frank Sinatra, Miles Davis – so by definition, famed music legend Quincy Jones has reached the point in life we all aspire to: the one where you pretty much say whatever the hell is on your mind, consequences be damned.

A week after skewering Taylor Swift’s songwriting abilities in a wide-ranging interview with GQ, Jones is the #1 trending topic today after his juicy tell-all with Vulture went viral and for good reason: it is w i l d.

He trashes The Beatles (“They were the worst musicians in the world”), called late King of Pop Michael Jackson “greedy,” said he knew who killed President John F. Kennedy (“We shouldn’t talk about this publicly“) – and that’s just the first half! The part that’s making heads swivel, though, is the part where Jones claims to have dated Ivanka Trump – you know, the president’s daughter.

“I used to date Ivanka, you know. Twelve years ago. Tommy Hilfiger, who was working with my daughter Kidada, said, “Ivanka wants to have dinner with you.” I said, “No problem. She’s a fine m———–.” She had the most beautiful legs I ever saw in my life.”

Twitter immediately lit up with some pretty hilarious reactions to that revelation and the interview itself. Check out some of our favorites below:

I was going to have a Twitter free day and then my phone alerts me that Quincy Jones dated Ivanka Trump. pic.twitter.com/HG2jgINTEa

Quincy Jones has 22 girlfriends????…says he dated Ivanka Trump??…I'm just gonna log off from Twitter for a minute.

– He knows who really killed JFK

– The Beatles were the worst musicians in the world

And Twitter is saying how he’s so “savage” and “speaks the truth” pic.twitter.com/xfjchooD90

Everyone sure seems excited about this Quincy Jones interview. Maybe I'll give it a quick rea- pic.twitter.com/h0Mcuq0rEQ

Let’s give Quincy Jones interview of the year now. No one’s gonna top this.

Y’all, this interview is insane. Check it out here!