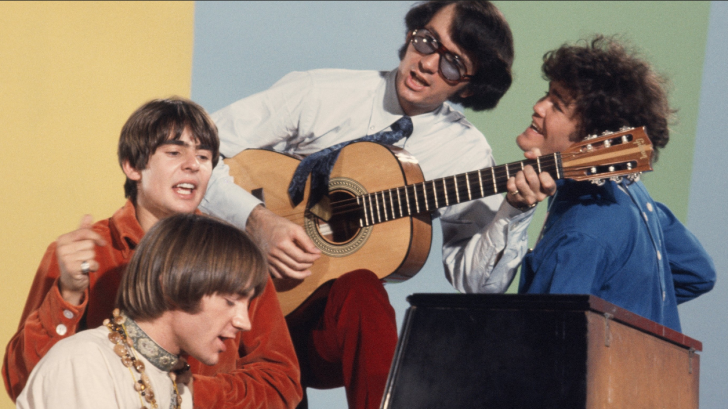 52 years ago today, the world was taken by storm by a 4 piece rock band with great hair, matching outfits, and an unmistakable British accent – no silly, not The Beatles, we’re talking about The Monkees!

Created as America’s answer to Beatlemania, The Monkees burst onto the scene in 1966 when their hit television show first aired on September 12th of that year, introducing us to Mike Nesmith, Micky Dolenz, Peter Tork and Davy Jones as a talented and fiercely funny foursome who desperately wanted to make it in music and become as big as their British counterparts The Beatles.

And yet, through a series of hilarious mishaps and inside jokes, they never seemed to get there.

1967 was a great year for The Monkees: their hit television show was wildly successful, they were outselling both The Rolling Stones and The Beatles, and finally – and most importantly – they won the freedom to write, record, and play their own original content, a crucial move that would gain them the respect they deserved as musicians.

As part of their first ever run as a full fledged band, The Monkees recorded ‘Pleasant Valley Sunday,’ a song written by critically acclaimed songwriting duo Carole King and Gerry Goffin that would quickly become one of the band’s most successful singles and for one of the first times ever, featured all 4 Monkees either playing instruments or singing.

For fans of the show, it didn’t matter – the guys were as funny as they were dreamy, making us laugh every week with ridiculous, over the top and cleverly timed running gags that always seemed to fit perfectly in any situation.

Whether it was Micky Dolenz’s patented lightbulb appearing over his head when an idea or scheme came to mind, merciless attacks on Davy Jones’ height (“I AM standing up!”) or all four Monkees engaged in Benny Hill style wild goose chases to songs like “Auntie Griselda,” it’s pretty clear that even 52 years on, The Monkees is equally as iconic and beloved as the music they fought so hard to be recognized for.