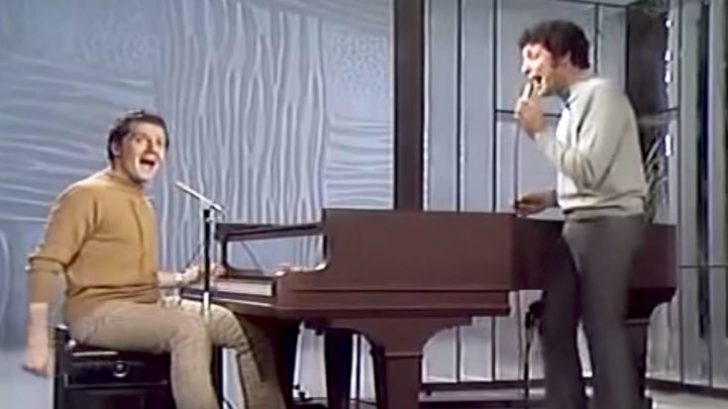 In 1969, music was at the early stages of arguably its most beloved, cherished, and fondly remembered era. It was during this time that so many of our favorite artists had just found their footing in the world of music and were given their first national platforms to perform. From that point on, these artists were destined to become legends.

Though Tom Jones and Jerry Lee Lewis were making their mark on history well before 1969, the two were still as mega-popular as ever during this time. The two had an undeniable chemistry on stage and it was always considered a special occasion when the two teamed up to sing.

With that said, what you’re about to watch is a video in which the aforementioned Tom Jones & Jerry Lee Lewis take to the stage in 1969 and perform the iconic smash hit “Great Balls Of Fire”. To put it simply, you haven’t lived until you’ve seen these two crush this hit! Don’t believe me? See for yourself!