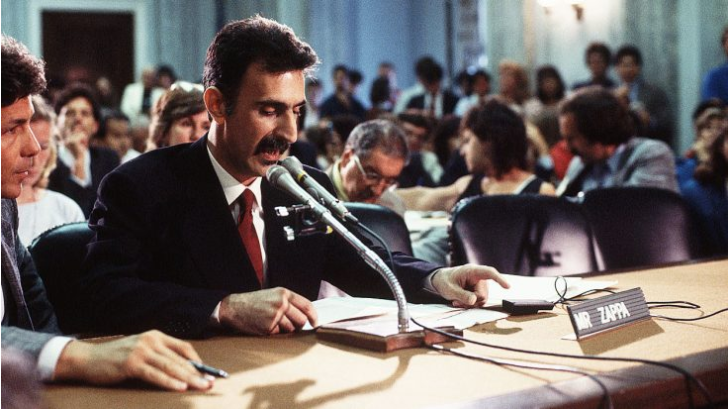 In 1985, Frank Zappa Proved That He Was A Verbal And Intellectual Force To Be Reckoned With!

Few things in life are certain. Death, taxes, messing with Frank Zappa’s music is a one way ticket to being shamed and exposed on national television, especially if you’re on a panel with other senate members. You know, the usual stuff!

But all joking aside, Frank Zappa was not just known for being one of the most influential and innovative rock musicians of the last 50 years, but also being one of the smartest and sharpest human beings on planet damn earth.

So, knowing all this, would you (the reader) ever dare try to trump Frank Zappa? I thought not. Nevertheless, some have tried to do so… on live TV, no less!

What you’re about to watch is the three part testimony from Frank Zappa where he is testifying against the PMRC. Like the Dee Snider testimony, No one expected Frank Zappa to be able to hold a candle to what congress had to say, but they’d be wrong…