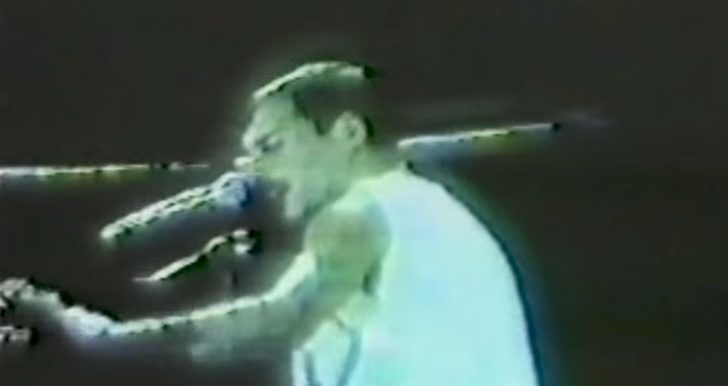 5 years before Freddie Mercury died following a private battle with AIDS, he and Queen took their final bow before a roaring crowd of over 120,000 strong at Knebworth. It was the last night of their Magic Tour, and whether fans knew it or not, this was the last time they’d ever see Freddie grace a stage and more importantly, the last time they’d ever experience the magic of Freddie, Brian, John, and Roger playing “Bohemian Rhapsody” as it was meant to be heard and in true Queen fashion, they made their last performance together with Freddie one for the record books.

All flash, drama, and something a little tragic, Freddie Mercury was unstoppable as he sashayed between his grand piano and microphone stand at the front of the stage, easily weaving his way around Brian May and John Deacon and engaging even the most stoic of fans, sweeping them up in a kind of magic the rock world hadn’t seen before and would never see again.

Fun Fact: After Knebworth, it would be another 19 years before Queen toured again, returning to the road in 2005 when the Queen + Paul Rodgers Tour began.

It’s one of those few performances that you never want to end because in hindsight you know how the story ends, and while the closing line “nothing really matters to me/anyway the wind blows…” was ordinarily an awesome comedown before the next song started, it holds an air of finality in this performance. If this was to be Freddie’s last time with us, then it’s pretty safe to say that he more than succeeded it in making it a good time had by all!