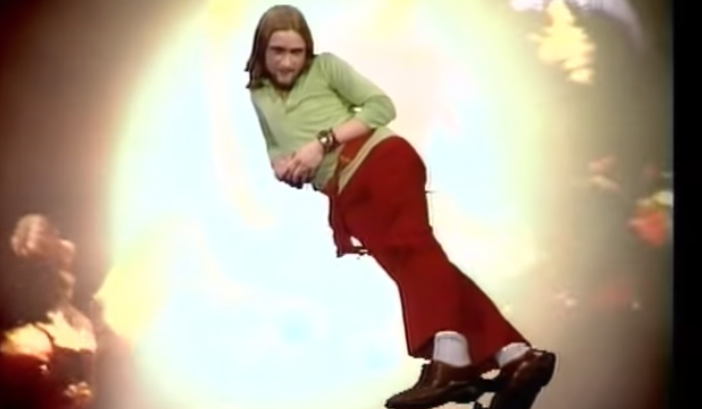 After man landed on the moon, humanity was finally able to see what space was really like. Despite the new discoveries, the Flaming Youth was still producing music based off their ideas of outer space. In their music video for “The Planets”, Phil Collins rolls around in an emotional plea to Mars, Venus, Jupiter, Mercury, Saturn, Uranus, and Neptune. He talks to each planet in long versus about the state of modern life and begs for aid from the respective God/Goddess of each planet.

Trick cyclist, gotta cast me a spell
I need the mumbo-jumbo that you do so well:
I’ve got to get transference for the beneficial furtherance
Of an integrated, liberated, animated, unfrustrated personality

The World Inside Flaming Youth

The Flaming Youth apparently were quite underrated and didn’t reach success despite their magnetic drummer, Phil Collins. The music video enveloped all the ideas of psychedelia and space at the time. The green screen was the magic behind this 1969 tripped out British music video. The entire recording is themed from inside an acoustic guitar. Inside we find the band fading in and out of zoomed in shots of their instruments. Collins is rolling around in some galactic dream. Meanwhile, there’s some sort of spacial party going on. The video is heavily influenced by the moon landing and the British music scene. Regardless, this is Phil Collins gold.