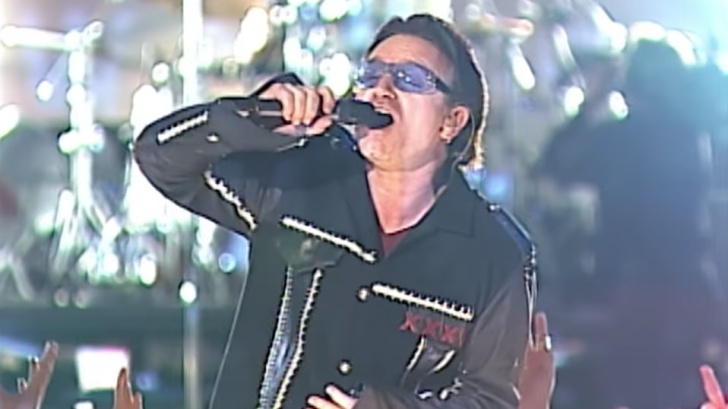 We will never forget

The events that took place September 11th, 2001 changed the course of history forever. The following February during Super Bowl XXXVI, U2 used their halftime performance as an opportunity to pay tribute to the many men and women who lost their lives on that day.

During their set, U2 played the songs “MLK” and “Where The Streets Have No Name.” While playing these two songs, the screen behind them showed all of the names whose lives were taken that day. Not only that, the image of Bono opening his jacket and revealing the American Flag, is iconic and a symbol that the nation will never be broken, no matter what! It was the perfect tribute!

U2’s song choice for their set was beyond perfect, and they inspired the nation, gave us hope, and revered those who lost and sacrificed their lives that morning. This performance is chilling, epic, and the NFL has ranked it among the best performances in Super Bowl history!

Watch the beautiful show down below! The video also includes some behind the scenes interviews with U2 and others about the performance! We will never forget!