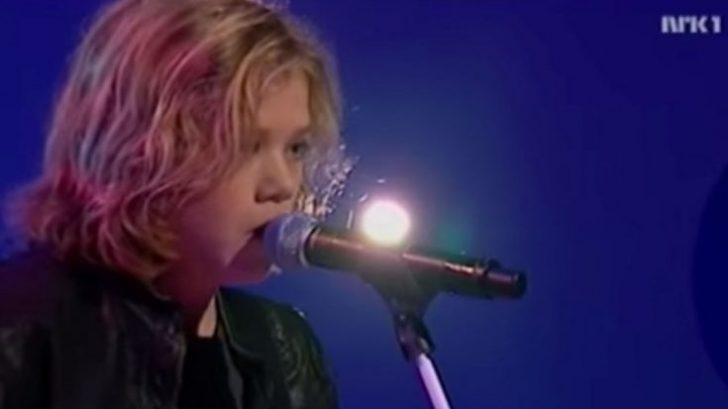 This kid is extraordinarily talented, it’s almost like he’s Stevie Ray Vaughan reincarnated. Fredrik Strand Halland received his first guitar at 2 years old and eventually learned to play by ear at 7. He’s often called a ‘musical prodigy’ or ‘guitar phenomenon’ and we have to agree with both.

Check out how he shreds that guitar. But it’s more than just pure talent. He undoubtedly puts in plenty of self-discipline and determination to be THIS good. At age 12, he’s already had more than 100 performances under his belt. Wow! He nailed the smooth and slower licks.

This Is Him Now

Oh and in case you’re wondering where he is today and what he’s doing, I’m more than glad to tell you he signed with USA Media Rights this year. He has toured with Colbie Caillat and has worked with Gavin DeGraw, Kat Graham and Jesse McCartney.

And now, he owns a production company. Yes, he’s doing great in the music industry!

Posted by The Guitar Players Collective on Tuesday, April 26, 2016