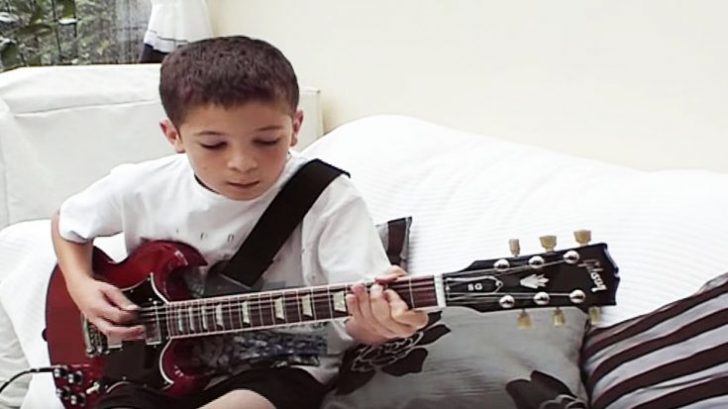 Angus Young of the legendary and iconic rock band AC/DC is literally symbolic in the world of rock guitar. He has a style and sound that is often imitated, but never duplicated, at least until now, but we’ll get into that.

Throughout the longevity of his illustrious career, Angus Young has essentially changed the game in terms of rock guitar. He has proven to be one of the most consistent and rock solid shredders of all time. But remember what I said about being often imitated and never duplicated? Well, there is one exception out there.

What you’re about to watch to a video where an 11-year-old boy named Ashley Freeman takes to his Gibson SG and starts playing the hit song by AC/DC called Highway To Hell. As soon as he starts playing you’ll notice that his tone and playing sound EXACTLY like Angus Young’s. Don’t believe me? See for yourself!