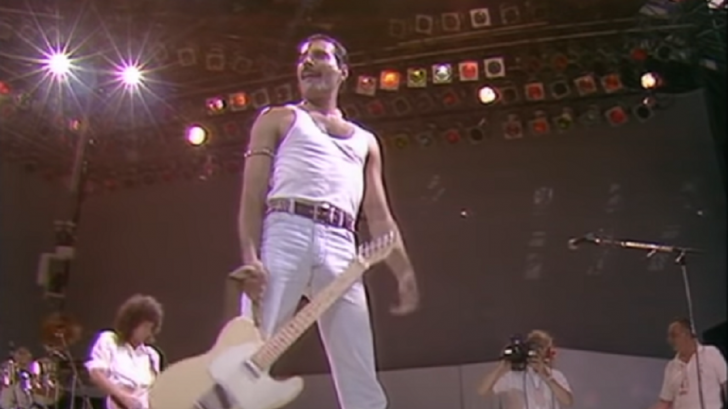 The Biopic To End All Other Biopics?

Just a few days before it hits the theaters in the United States, “Bohemian Rhapsody” has been the talk of the town ever since the official trailer was released. Everything about it was spine-chilling but mostly it was because we got a glimpse of actor Rami Malek as Queen’s frontman. And it’s safe to say that he was born to play Freddie Mercury.

Although some people still prefer Sacha Baron Cohen over Malek, it only goes to show that you cannot please everyone. Besides, judging by the released clip alone, there are those who think the movie’s not showing enough of Mercury’s sexuality.

“He didn’t allow himself to be categorised or defined, put in any box, he was a revolutionary, so to make a movie about some aspects of his life that were darker and seedier than the ones I want to celebrate is not a worthwhile expenditure of my time, or an audiences as far as I am concerned.” – Rami Malek

What do you do when you are not sleepy ?! tell me ? It's dawn here in Brazil ?? #ramimalek #freddymercury

There have been plenty of hurdles along the way – changing directors, lead actors, etc. But at least, we now have something to look forward to because it’s undeniable that Queen’s music has changed our lives. Freddie Mercury is one of the greatest rockstars to ever walk the earth and it is just fitting to pay tribute to him this way.

“It’s considered one of the greatest rock performances of all time and in my mind he is the greatest front man that has ever graced the earth, so you can imagine my heart, how fast it was beating on that day.” – Rami Malek on shooting the Live Aid performance

The following facts will blow your mind because this is almost a decade in the making and it took a lot to bring this story to the big screen.

10 Facts About Bohemian Rhapsody You Might Not Have Known: